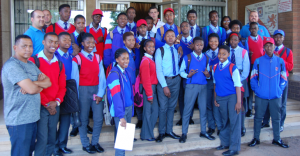 The grounds on which our school is built belonged to the ERPM mines.  There was a desperate need for a technical high school in the area.  This school was established on 13 October 1964.

The official opening took place on 4 November 1966 and was opened by Senator Jan de Klerk, after whom the school was named.

270 Learners were enrolled during 1964 and there were 11 educators.  The first principal of the school was Mr. I.B. Jordaan.  After 17 years as principal, Mr. Jordaan retired and Mr. N.J. Lotter took over.  At this stage there were 1176 learners and 75 teachers.

Mr. Olivier retired in 2014 and Mr. A. Grobler, our present principal, took over the reins. 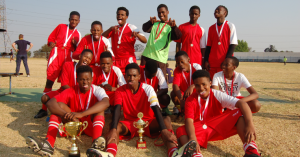 Primrose High School is a parallel medium high school, that provides an Academical, Technical, Physical Science and Engineering study field for both boys and girls.

Primrose High School is one of the BEST high schools on the East Rand.  The academical achievements of our Grade 12 learners are proof of that.  The matriculants annually obtain a pass rate between 95 and 100 percent.

Huandai (South Africa) chose Primrose High School as part of their school project.  They support the school with sponsorships, donations and training of learners in Mechanical Technology.